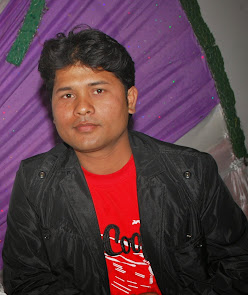 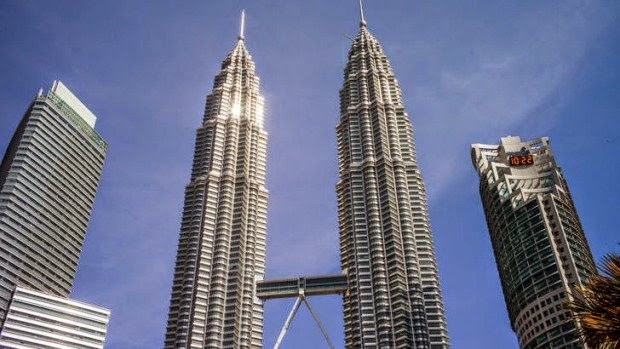 Malaysia is the world's friendliest destination for Muslim travellers, according to a survey released Tuesday, but Japan has shown most improvement as it ramps up efforts to cash in on a growing market.
Malaysia was followed by the United Arab Emirates, Turkey, Indonesia and Saudi Arabia in this year's rankings for "halal" friendly holiday destinations released by Singapore-based Muslim travel specialist Crescentrating.

The survey evaluates countries in terms of their attentiveness to the needs of Muslim travellers, including the presence and accessibility of halal restaurants with meat slaughtered to Islamic standards, and the provision of prayer rooms at airports, shopping malls and hotels.


"An increasing number of destinations are now keen on tapping into this segment and adapting their services to take into account the unique faith-based needs of Muslim travellers," said Crescentrating chief executive Fazal Bahardeen.
For largely Muslim Malaysia, Bahardeen said the country's Islamic Tourism Centre has "continued to educate the industry on how to cater to the Muslim travellers".
"There are now more and more hotel kitchens with halal certification, an increasing number of hotels are also now catering to the specific needs of Muslim travellers," he added.
One hotel even has separate timings for the use of gym and swimming pools for males and females requiring privacy, he said.
Bahardeen said the Muslim travel market was estimated to be worth $US140 billion ($A155 billion) last year, accounting for almost 13 per cent of the global total. It is expected to rise to $US200 billion by 2020, he added.
Japan was in 40th place among the 60 ranked, but its score is 10 notches up from 50th place last year -- the biggest improvement overall.
"Japan has definitely been the most active destination during the last year to focus on this segment of travellers," Bahardeen said.
"It has launched a number of initiatives -- from awareness programmes to the local industry to releasing the Muslim travel guide to Japan."
Some airports and hotels in Japan have also started offering halal food and prayer rooms, he said.
Singapore placed sixth in the global rankings, and was the only non-Muslim country in the top 10, followed by Morocco, Jordan, Qatar and Tunisia.
The tiny island state touts its man-made attractions, a vast array of local food and reputation for cleanliness and order to travellers, and "does better than even some of the Muslim countries" in enticing those who follow the Islamic faith, Bahardeen said.
Italy, Belgium, Ireland and Mexico were the bottom four countries in the rankings, as they had "not really focussed" on the possibilities of the Muslim market, he added.
The top ten in order were: Malaysia, United Arab Emirates, Turkey, Indonesia, Saudi Arabia, Singapore, Morocco, Jordan, Qatar and Tunisia.
Labels: Muslim Tour

Beggars can be choosers ... when Umrah visas are being sold. 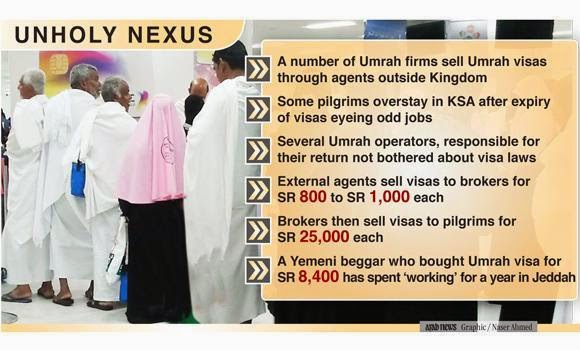 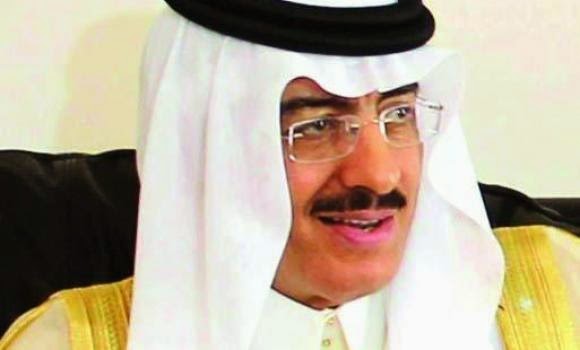 More than six million Muslims from across the globe are expected to perform Umrah next year, according to Haj Minister Bandar Hajjar. He reiterated his ministry’s readiness to host huge numbers of Umrah pilgrims.

He added that the ministry is currently working on the final draft of a new executive bylaw for Umrah in coordination with the ministries of interior and foreign affairs. “We’ll announce this bylaw soon after it is finalized,” he said.

He said the newly amended Umrah law, which has been approved by the Council of Ministers, would be applied on pilgrims.

The meeting, held between the ministry’s undersecretaries and other agencies, discussed several reports evaluating the level of services offered to Hajis and ways to enhance amenity standards, such as tents, electricity, water, sewage, air conditioning and the overall level of hygiene at the sites.
The Haj Ministry will send recommendations to Interior Minister Prince Mohammed bin Naif, chairman of the Supreme Haj Committee, and Makkah Gov. Prince Mishaal bin Abdullah, head of the Central Haj Committee.

Hajjar also chaired a meeting with the ministry’s undersecretaries and a committee following up on a 25-year strategic plan for Haj and Umrah requested by Custodian of the Two Holy Mosques King Abdullah to cope with the continued increase in the number of pilgrims year after year.
The strategic plan will cover Haj and Umrah requirements for the next 25 years. A detailed study on this project, to be conducted by consultancy firms, will take nine months to complete.
Courtesy:ArabNews
Labels: Umrah 2015 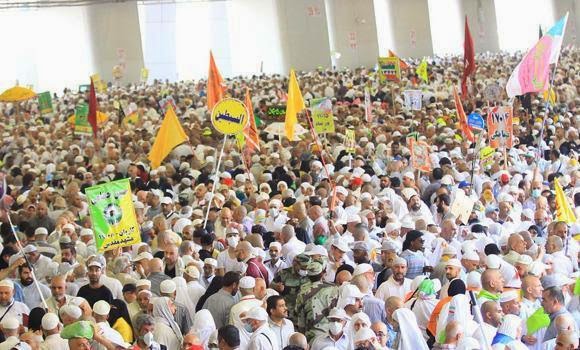 All Umrah companies now need to provide the government with a SR2 million bank-guaranteed check if they want to operate in the Kingdom. This is one of several new regulations issued by the government recently to help regulate the industry.

Umrah firms must make out the bank-guaranteed checks to the Ministry of Haj. The guarantee has to be valid throughout the duration of the license period. The ministry would be entitled to withdraw amounts from any party that fails to fulfill its obligations. A withdrawn amount would have to be covered immediately by a violating firm. A guarantee can only be canceled with the permission of the ministry, or when the license ends.

Criteria for granting licenses would be issued by the interior, foreign affairs and Haj ministries. The criteria include financial solvency, efficient management, experience in the field, the number of delays in pilgrims leaving the country, and previous sanctions. If there are delays, then the government would deduct transport costs from a firm's account, or the money would be taken from the bank guarantee.
The new regulations also make provision for the establishment of a company that has to win a public tender process, to handle the documents of pilgrims when they enter and exit the Kingdom. This is aimed at easing the burden on Umrah companies. This company will be given a lump sum to offer the service, made up of fees collected from Umrah firms. The Ministry of Finance will be working with the other ministries to oversee this process.

In addition, companies that fail to ensure that their pilgrims leave as scheduled will not be allowed to use the automatic booking system for hotels and apartments.

The Interior Ministry has to implement several measures in accordance with the new regulations including punishing those who use Umrah visas for other purposes.

The new regulations allow Umrah firms to extend pilgrim arrival and departure dates by a maximum of 30 days.

Before granting visas, the government requires Umrah firms to input all information related to pilgrims' residences, room numbers and travel reservations onto the Umrah electronic portal, which will be linked to the electronic reservation of hotels and furnished apartments.

The regulations also commit the government to ensure that a mechanism is found, with the ministries of interior and foreign affairs, to deal with foreign firms that do not have Umrah agents in their home countries. Licensed pilgrim companies and institutions often refuse to sign contracts with these companies.

All government agencies are required to coordinate their actions to ensure that pilgrims arrive and leave as scheduled.
Labels: Umrah, Umrah 2015

The government has rejected calls from local companies and agents abroad to increase the 15-day limit on Umrah visas during Ramadan, as reported in Arab News.


In addition, the government said that it would not grant visas for individuals under 17 years of age if they are not accompanied by close relatives. It would also not issue visas for women under 45 years of age with- out mahrams or male guardians.
An official source was quoted that the Ministry of Haj would grant visas to women over the age of 45 without mahrams provided they are accompanied by other adult women who would ensure they return to their home countries.
Labels: Umrah 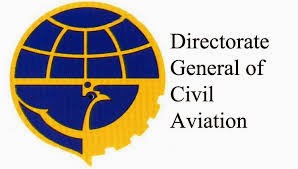 The Directorate General of Civil Aviation (DGCA) is in the process of validating the installation of the latest state-of-the-art radar at the Mumbai airport. The radar will help in enhancing passengers' safety and provide better efficiency in air services, airport officials said, as per a report by Shahkar Abidi in DNA. Airport insiders said the most important feature of the radar is its ability to make a particular aircraft visible on accurate real time to the Air Traffic Controller (ATC) as well as to any nearby aircraft. Vital information such as velocity, altitude, weight and number of passengers will be transmitted every second from the aircraft to the ATC and other aircraft. This feature is called Automatic Dependent Surveillance – Broadcast.

At present, the ATC and pilots depend on the Primary Surveillance Radar (PSR) and Secondary Surveillance Radar (SSR). While PSR determines an aircraft's specifications by calculating the time required for it to receive the wave or the reflected beam, SSR depends on the pilot’s reply from the aircraft. However, at times, both fail to deliver, insiders revealed.

“The DGCA is validating the new radar before giving it a go-ahead for commissioning,” said a senior official from Airports Authority of India. The official said the new radar will replace the PSR, which has been operational for the past 13 years.

Among the many benefits, the new radar will reduce voice communication between the pilot and ATC as communication will take place through an internal channel, similar to MS Office messenger. At present, all aircraft in airspace on the same frequency can listen to all communications. This leads to confusion and, in certain cases, to serious incidents. Communication will now be direct, in textual (template) form, and will be meant only for the intended pilot.

We offer cheapest air fares for your travel from any where to any where. We also giving cheapest travel coupon. International as well as domestic air ticket is our one of the basic service.
Support : Creating Website | Johny Template | Mas Template
Copyright © 2011. Shiza Travel Services - All Rights Reserved
Template Created by Creating Website Published by Mas Template
Proudly powered by Blogger